It is set to follow the Central, Victoria and Jubilee lines in offering a 24-hour service on Fridays and Saturdays, with the Piccadilly line joining later this year

“London is already a 24-hour city, and thanks to the huge investment to modernise the Underground, we are now rolling out a 24-hour Tube to match.

Demand has soared over recent years, with passenger numbers on Friday and Saturday nights up by around 70 per cent since 2000.

There are already over half a million users of the Tube after 22:00 on Fridays and Saturdays.”

Demand has soared over recent years, with passenger numbers on Friday and Saturday nights up by around 70 per cent since 2000… There are already over half a million users of the Tube after 22:00 on Fridays and Saturdays.”

There are already over half a million users of the Tube after 22:00 on Fridays and Saturdays.”

The over-night service will allow commuters to travel between Zone 1 and the outskirts of the capital.

The launch of the Night Tube lines is set to benefit London’s night economy by an estimated £360m, maintain London’s trendy status and compliment TFL’s existing night bus services which have also been expanding.

TFL are also planning to expand parts of the Metropolitan, Circle, District, and Hammersmith & City lines and looking into over-night services operating on parts of the London Overground in 2017 and the Docklands Light Railway by 2021.

The expansion of the Night Tube will also cut “night-time journeys by an average of 20 minutes” and create around “2,000 permanent jobs”.

Travellers will be charged at an off-peak rate for travelling on the Night Tube and Day Travelcards will be valid for journeys on that day of issue until 4:30am of the following day.

Whilst daily capping of both oyster and contactless cards still apply.

The night time service brought forth safety fears. However TFL assured that “all stations will continue to be staffed by London Underground employees while train services are running” and the British Transport Police will provide officers to patrol stations, as required.

Staff will assume a business as usual service, being available on the network to assist and support passengers.

As well as the Night Tube expanding, as are night buses with more over-night bus routes available on Friday and Saturday.

To see which bus routes are available at night in your area read the night bus map supplied by TFL. 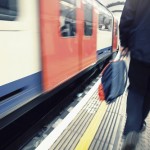 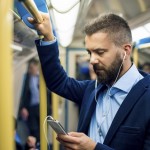 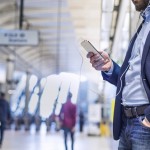 No service between North Acton and West Ruislip, Loughton and Epping and Woodford and Hainault

Northern line- trains running on average every 8 minutes between Morden and Camden Town and every 15 minutes from Camden Town to High Barnet / Edgware.

No service on the Mill Hill East and Bank branches.

No service on the Terminal 4 loop, or between Acton Town and Uxbridge