Clarendon Corporate Apartments was born out of Kew – 23 Kew Gardens, Clarendon House is launched and proves a huge success.

Business takes off and goes from strength to strength

The build of Clarendon Gardens in Kew

Clarendon Gardens, comprising 8 self-contained 1 bedroom apartments is built on what was the back garden of Clarendon House

A new agency, 'Spacetostay' is born and operates alongside Clarendon to provide an enhanced offering

With 100% focus on growing ‘Clarendon’ in Central London as the leading owner/operator, expansion continues while at the same time the decision is taken to cease the agency operation ‘Spacetostay’ and go forward with a new brand look

2006 saw a major step forward as Clarendon steps into London’s financial district with the purchase and redevelopment of 140 Minories. The same year we open Brushfield Street in Spitalfields. Exciting times! 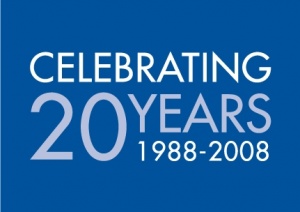 2017 January – opening of Central London office and a new HQ for Sales, Marketing and Distribution

We expanded into Victoria/Belgravia in February 2017

Another opening in Fitzrovia

In December 2017 we expand into E16 (Docklands) with the opening of Clarendon Masthead House, a brand new build and dedicated building comprising 22 units

2017 – Offering over 80 units in Central London/Soho Clarendon has become a leading independent operator of choice, quality and service

September 2018 – To mark the occasion of our 30th birthday and to position Clarendon for the future we launch a refined look and feel, reflected in our refreshed company logo, website and supporting collateral across the business. We are extremely grateful to all our clients and guests over the years for their continuing support and loyalty and as the business enters the next phase of growth we look forward to pushing boundaries and reaching greater heights

Scott reflects on the entrepreneurial spirit behind Clarendon.

Joanna comments, ‘I’m honoured to have been given the opportunity to lead such a strong team. Clarendon is firmly established as one of the leading London serviced apartment operators and has an incredibly strong reputation for the quality of product and consistent service delivery. I look forward to the challenge, building on our successes and continuing to develop the team to meet the company’s future growth goals.’

Jackie looks back at 16 years with Clarendon.

Immerse yourself in the beating heart of London with Clarendon’s interactive virtual tour.